We use cookies to ensure that we give you the best experience on our website. If you continue to use this site we will assume that you are happy with it.Ok

Bondgate Musings – what I think about when I’m baking …

In the last few months I’ve had a lot of customers ask me about the possibility of making breads from low gluten wheat flours. Those of you who know me will know that I’m always up for a challenge and have now made some lovely loaves using Dove Organic’s Emmer flour, which I like because the Emmer flour has a slightly sweeter flavour than spelt, which many people find quite strong tasting. Emmer flour still does contain some gluten, but less than in normal flour and because of this it doesn’t have the lift of a normal loaf and is low, like a rye loaf. It’s great toasted by the way, lovely and nutty and we’ll be making it regularly on Fridays and Saturdays if you’d like to try it.

It seems to me that a lot of people have been thinking about their gluten intake recently. That’s not necessarily a bad thing – particularly if you’re a coeliac or are gluten sensitive and have a recognised allergy to gluten, however, I’m not convinced that cutting gluten out of your diet provides real health benefits to everyone.

‘You would say that’ I hear you say, ‘you’re a baker’. Well, yes, I would. I’ve worked with gluten for thirty years and per se, I don’t think it’s such bad stuff. I’d go so far as to say I feel kind of sorry for it as in the last few years it has been the victim of a consolidated hate campaign.

It seems to me that gluten hatred – and gluten free diets – have become fashionable, even amongst people who do not have intolerance or sensitivities to gluten. And the issue with this is that gluten is found in so many things. So if you cut gluten out of your diet unnecessarily, it’s really hard work!

Perhaps that’s the real problem: the way that big food firms fill foodstuffs with extra gluten (as well as extra salt and sugar). We know that large commercial production breads have extra gluten added. And why? Because gluten is the glue that makes so many foods delicious. It’s what makes bread spongy, pizza dough stretchy and is used to thicken sauces and soups. It’s in soy sauce and salad dressings. But as far as I can see, unless you’re actually intolerant, gluten isn’t actually harmful.

People have claimed that cutting gluten out of their diet can cause weight loss, but I’m not convinced that it’s the healthiest option. For example, you may be cutting out bread and pasta, but you’re also cutting out all that wholegrain goodness that can be found in the sorts of breads we make at Bondgate Bakery.

The thing is that because gluten is found in so many products, gluten free eating can seriously limit your choice of foods, and with reduced choice, you’re more likely to binge on things that really aren’t very good for you at all. Like chocolate. Plus, food manufacturers often replace the gluten with other agents – such as fat and sugar – to bind their products together. Which means you’re swapping gluten for something far more harmful and possibly missing out on all the good stuff, like iron, vitamins and fibre.

I think another problem is self diagnosis. If you suspect you have a gluten intolerance, it’s far better to get medical help before cutting it out of your diet. In fact, there may be other things at play such as IBS. Figures show that only 1 % of the population has gluten intolerance and the American magazine Digestion recently published a study showing that 86% of people who believed they were gluten intolerant were in actual fact not intolerant at all.

So, by all means please come and try our delicious low gluten breads, but if you have no proven, diagnosed medical condition, think about coming back to healthy, nutritious artisan bread from Bondgate Bakery!

What I think about when I’m baking … cycling! 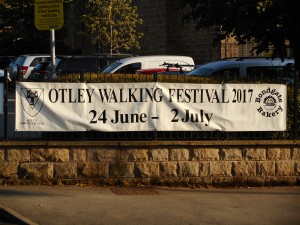 What I think about when I’m baking … Walking 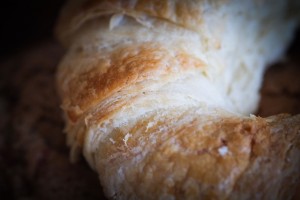 What I think about when I’m baking … Community 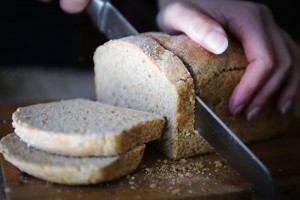 What I think about when I’m baking … Sandwiches! 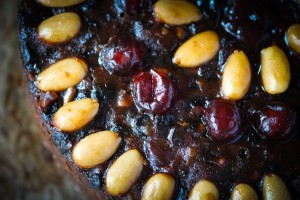 What I think about when I’m baking … Christmas